Polyolefin resins account for more than half of the world’s plastics demand and, in spite of their simple chemistry (carbon and hydrogen atoms), they can be made in a variety of complex microstructures that demand extensive characterization. Most polyolefins are copolymers of ethylene or propylene with the incorporation of other alpha olefin co-monomers that result in short chain branches, which may or may not be uniformly distributed between molecules. The analysis of the co-monomer distribution in the chain, also referred to as short chain branching (SCBD) or chemical composition distribution (CCD), is in many cases the most fundamental microstructure feature in the industrial resins.The CCD is typically measured by established crystallization techniques: temperature rising elution fractionation (TREF)1, crystallization analysis fractionation (CRYSTAF)2, and crystallization elution fractionation (CEF)3. All of these techniques separate the polymer molecules according to crystallizability and provide a predictable separation of the polymer fractions depending on the presence of branches, irregularities, or tacticity differences. In recent years new copolymers of lower crystallinity have been developed, extending the polyolefin products into the elastomers region. Consequently, new characterization techniques also have to be developed to properly characterize those more amorphous resins. The most significant contribution has been the use of high temperature liquid chromatography in adsorption mode on graphitized carbon4. The use of this adsorbent in the characterization of polyolefins has been intensively investigated in recent years by many researchers using a solvent gradient approach which has become known as solvent gradient interaction chromatography (SGIC), or a temperature gradient approach, known as thermal gradient interaction chromatography (TGIC)5.

In the last decade the application of liquid chromatography (LC) to analyse polyolefins has been extensively investigated by Professor Pasch’s group6 at the DKI (now Fraunhofer Institute) in Germany. High temperature is needed for the dissolution of the resin and the non-functionality of the polymer molecules make it difficult to use LC in interaction mode for polyolefin analysis.

An important turning point came with the finding of a graphitized carbon column by Macko and Pasch4that could perform the separation of polyethylene and could handle the various polypropylene tacticity configurations using a gradient of decanoltrichlorobenzene in a very short analysis time. The most significant work came later, with the separation of ethylene-copolymers by the level of co-monomer incorporation7, again using a graphitized carbon column, and resulting in a linear calibration as shown in Figure 1. Similar results were obtained by Miller et al.8 using the same carbon column. The presence of branches in the ethylene-copolymers reduced their surface area of interaction with graphite, and a linear correlation was obtained between the comonomer mole percentage incorporated and the elution volume. These were similar results to that obtained by the crystallization techniques, but were capable of extending the analysis to the elastomers region. Solvent gradient interaction chromatography (SGIC) can be used to analyze copolymers from 0% to 100% of comonomer incorporation, which is not possible with crystallization techniques.

SGIC has been used in the separation of ethylene-propylene copolymers9 and the analysis of ethylene propylene diene monomer (EPDM) resins10. A drawback of the technique is the current lack of appropriate detectors. To overcome detector limitations, the combination of SGIC with gel permeation/ size-exclusion chromatography (GPC/ SEC) in a second dimension (SGIC 2D) was proposed by Roy et al.11 using a gradient of decanol or ethylene-glycol monobutyl-ether and trichlorobenzene (TCB) on a graphitized carbon column. A similar approach was also followed by Ginsburg et al12. The GPC/SEC second dimension used infrared (IR) detection and, besides the convenience, the molar mass composition interdependence could also be analyzed11. SGIC 2D has been utilized for the characterization of ethylene-propylene copolymers, EPDM resins13, high impact polypropylene14, and ethylene octane copolymers, alongside the addition of light scattering (LS) and viscosity detectors15.

Temperature gradient chromatography has been shown to be of value in the separation of synthetic polymers by molar mass on a reversed-phase column16. A different approach was suggested by Cong et al.5 when they used temperature gradient chromatography with a graphitized carbon column that resulted in the separation of polyolefins by composition as shown in Figures 2. This technique is known as thermal gradient interaction chromatography (TGIC). The separation obtained was similar to that seen in SGIC, but in this case there was the advantage of the isocratic conditions, which allowed the use of a linear IR detector, as well as an inline viscometer or LS molar mass detection.

Figure 2. TGIC analysis of a series of octene copolymers on a graphitized carbon column and calibration curve. Macromolecules. 2011, 44, 3062-3072.

The comparison of TGIC and TREF for a series of ethylene-octene copolymers has been reported17, demonstrating that resolution with TREF is slightly better than with TGIC for medium density resins. TREF or other crystallization techniques are also more appropriate for industrial LLDPE materials. However, TGIC does not suffer from co-crystallization effects and it covers a broader copolymer range down to the elastomer region, which crystallization techniques cannot reach. TGIC’s broad range of separation down to 50% octene mol5 is smaller than that of SGIC, which covers the full range of co-monomer incorporation.

A separation mechanism for interaction chromatography on graphitized carbon and other layered adsorbents was proposed by Monrabal18. This is based on weak van der Waals forces interaction of the nonpolar polyolefin with an atomic level flat surface (ALFS) adsorbent. The adsorption strength depends on the available surface area of the molecule in contact with the adsorbent, and the chemical structure of graphene should not be as important for interaction with the polymer as the ALFS itself. This was confirmed by using other types of layered packing materials like molybdenum sulphide, boron nitride, and tungsten sulphide, which provided the same organized separation order as the graphitized carbon column in spite of their different surface chemistry and polarity. This is shown in Figure 3 for a series of ethylene octene copolymers. The only difference among ALFS adsorbents is the strength of adsorption, but all of them result in linear calibration curves with the same slope placed above the TREF (dissolution after crystallization) calibration line. 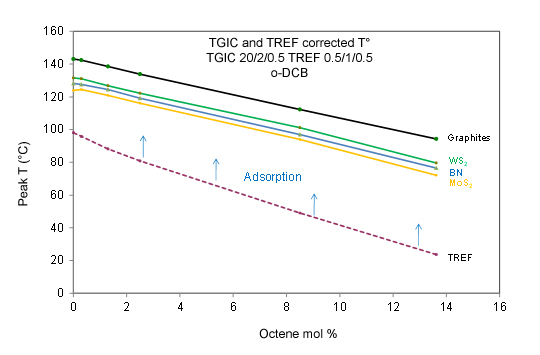 Figure 2. TGIC analysis of a series of octene copolymers on a graphitized carbon column and calibration curve. Macromolecules. 2011, 44, 3062-3072.

Polypropylene (PP) homopolymer is semicrystalline, and because it has so many methyl branches that restrict adsorption, it does crystallize before it adsorbs in ALFS adsorbents; therefore, when analyzing it by TGIC it elutes at the TREF temperature18. The separation of ethylene-propylene copolymers results in a U-shape calibration line where the ethylene-rich copolymers are separated by adsorption (TGIC), while the propylene-rich copolymers are separated by crystallization (TREF)18,19. Other than the peculiar behaviour of PP resins, TGIC is a very practical technique to analyze polyolefin elastomer resins. It has also been used for the analysis of olefin block copolymers20.

Crystallization techniques appear to be the preferred approach for the analysis of semicrystalline industrial polyolefins down to approximately 20% co-monomer incorporation. Above this co-monomer level the crystallinity is so neglible that crystallization cannot be used as a separation method.

The development of high temperature interaction chromatography for the analysis of polyolefin copolymers comes at a time when new elastomer resins appeared on the market that cannot be analyzed by standard crystallization techniques. The most significant development is the use of adsorbents such as graphitized carbon that separate ethylene copolymers by the level of branches incorporated. Chromatographic separation with these adsorbents can be performed using a solvent gradient or a thermal gradient approach. The organized separation order in the series of ethylene copolymers is the same for both approaches and it is related to the spatial microstructure of the polymer chain, which defines the surface area available for interaction with an ALFS.

SGIC can analyze the whole range of ethylene-copolymers using the broad range of solvent strength available in the approach. This is potentially the most important attribute of the technique, together with ability to obtain narrow peaks with short analysis time. However, SGIC is currently limited to the high temperature ELSD detectors that have been discontinued commercially. SGIC 2D overcomes the solvent gradient detection difficulties by adding an isocratic separation step by molar mass, which also takes care of the solvent removal. SGIC 2D isocratic elution allows for infrared and optional viscosity and/or LS detection. TGIC is performed on a simple TREF or CEF instrument with isocratic elution that allows the use of infrared and molar mass detectors. It requires two temperature cycles (adsorption and desorption) in a similar way to crystallization techniques. Ethylene‑copolymers can be analyzed down to approximately a 50% comonomer content; the limit is given by the temperature required to adsorb the most amorphous copolymer, as well as the solvent strength and freezing point. 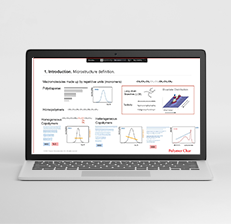 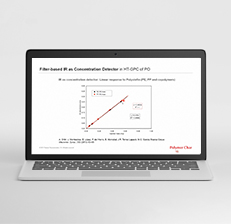 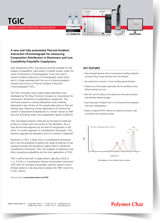 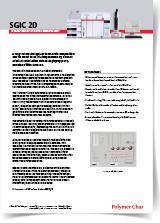 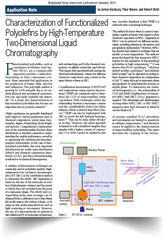 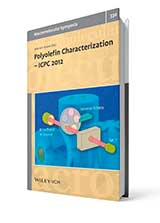